The adult acquired flatfoot is a progressive, symptomatic (painful) deformity resulting from gradual stretch (attenuation) of the tibialis posterior tendon as well as the ligaments that support the arch of the foot.

Most flat feet are not painful, particularly those flat feet seen in children. In the adult acquired flatfoot, pain occurs because soft tissues (tendons and ligaments) have been torn. The deformity progresses or worsens because once the vital ligaments and posterior tibial tendon are lost, nothing can take their place to hold up the arch of the foot.

The painful, progressive adult acquired flatfoot affects women four times as frequently as men. It occurs in middle to older age people with a mean age of 60 years. Most people who develop the condition already have flat feet. A change occurs in one foot where the arch begins to flatten more than before, with pain and swelling developing on the inside of the ankle. Why this event occurs in some people (female more than male) and only in one foot remains poorly understood. Contributing factors increasing the risk of adult acquired flatfoot are diabetes, hypertension, and obesity.

The following scheme of events is thought to cause the adult acquired flatfoot:

A person with flat feet has greater load placed on the posterior tibial tendon which is the main tendon unit supporting up the arch of the foot. Throughout life, aging leads to decreased strength of muscles, tendons and ligaments. The blood supply diminishes to tendons with aging as arteries narrow. Heavier, obese patients have more weight on the arch and have greater narrowing of arteries due to atherosclerosis. In some people, the posterior tibial tendon finally gives out or tears. This is not a sudden event in most cases. Rather, it is a slow, gradual stretching followed by inflammation and degeneration of the tendon. Once the posterior tibial tendon stretches, the ligaments of the arch stretch and tear. The bones of the arch then move out of position with body weight pressing down from above. The foot rotates inward at the ankle in a movement called pronation. The arch appears collapsed, and the heel bone is tilted to the inside. The deformity can progress until the foot literally dislocates outward from under the ankle joint.

There are three stages of the adult acquired flatfoot:

The adult acquired flatfoot, secondary to posterior tibial tendon dysfunction, is diagnosed in a number of ways with no single test proven to be totally reliable.

The most accurate diagnosis is made by a skilled clinician utilizing observation and hands on evaluation of the foot and ankle. Observation of the foot in a walking examination is most reliable. The affected foot appears more pronated and deformed compared to the unaffected foot. Muscle testing will show a strength deficit. An easy test to perform in the office is the single foot raise.

A patient is asked to step with full body weight on the symptomatic foot, keeping the unaffected foot off the ground. The patient is then instructed to “raise up on the tip toes” of the affected foot. If the posterior tibial tendon has been attenuated or ruptured, the patient will be unable to lift the heel off the floor and rise onto the toes. In less severe cases, the patient will be able to rise on the toes, but the heel will not be noted to invert as it normally does when we rise onto the toes.

X-rays can be helpful but are not diagnostic of the adult acquired flatfoot. Both feet – the symptomatic and asymptomatic – will demonstrate a flatfoot deformity on x-ray. Careful observation may show a greater severity of deformity on the affected side.

Magnetic Resonance Imaging (MRI) can show tendon injury and inflammation but cannot be relied on with 100% accuracy and confidence. The technique and skill of the radiologist in properly positioning the foot with the MRI beam are critical in demonstrating the sometimes obscure findings of tendon injury around the ankle. Magnetic Resonance Imaging (MRI) is expensive and is not necessary in most cases to diagnose posterior tibial tendon injury. Ultrasound has also been used in some cases to diagnose tendon injury, but this test again is usually not required to make the initial diagnosis.

The adult acquired flatfoot is best treated early. There is no recommended home treatment other than the general avoidance of prolonged weightbearing in non-supportive footwear until the patient can be seen in the office of the foot and ankle specialist.

In Stage I, the inflammation and tendon injury will respond to rest, protected ambulation in a cast, as well as anti-inflammatory therapy. Follow-up treatment with custom-molded foot orthoses and properly designed athletic or orthopedic footwear are critical to maintain stability of the foot and ankle after initial symptoms have been calmed.

Once the tendon has been stretched, the foot will become deformed and visibly rolled into a pronated position at the ankle. Non-surgical treatment has a significantly lower chance of success. Total immobilization in a cast or Camwalker may calm down symptoms and arrest progression of the deformity in a smaller percentage of patients. Usually, long-term use of a brace known as an ankle foot orthosis is required to stop progression of the deformity without surgery.

A new ankle foot orthosis known as the Richie Brace, has proven to show significant success in treating Stage II posterior tibial dysfunction and the adult acquired flatfoot. This is a sport-style brace connected to a custom corrected foot orthotic device that fits well into most forms of lace-up footwear, including athletic shoes. The brace is light weight and far more cosmetically appealing than the traditional ankle foot orthosis previously prescribed. Other types of braces are the Arizona brace, the California brace or the gauntlet brace. The decision on which type of brace to use is based upon the patients overall needs.

In cases where cast immobilization, orthoses and shoe therapy have failed, surgery is the next alternative. The goal of surgery and non-surgical treatment is to eliminate pain, stop progression of the deformity and improve mobility of the patient. These surgical patients may be candidates for a 15 minute outpatient procedure to correct the flexible flatfoot deformity which is referred to as hyperpronation. The procedure is called a Subtalar Arthroereisis. It involves the placement of an implant in the space under the ankle joint (sinus tarsi) to prevent only the abnormal motion, but still allowing normal motion. This brief procedure only requires very little recovery time, and is completely reversible, if necessary. Your surgeon can consult you about this exciting, life-changing procedure, or more information can be obtained at www.hyperpronation.com.

We specialize in the diagnosis and treatment of common disorders of the foot and ankle such as diabetic and circulatory problems, fractures, skin and nail conditions, ulcerations, bunions, hammertoes and other foot ailments. We proudly serve the Greater Cleveland area! 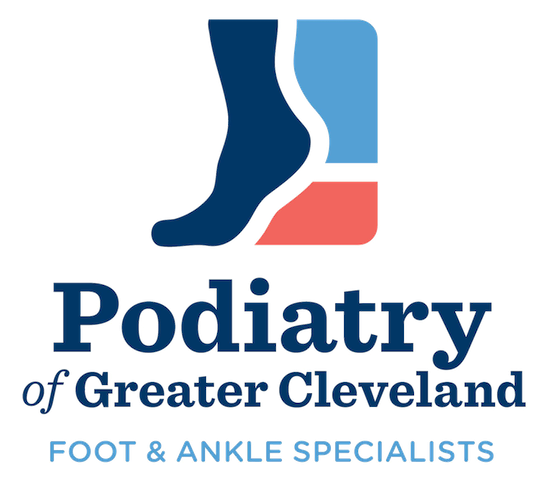 Fill in your details and we’ll get back to you in no time.